Terrence Chalk - an Entrepreneur Whose Story is Inspiring

It is not hidden that many successful businessmen started their business from either their backyard or garage. And one of those names is Terrence Chalk - an entrepreneur whose story will leave you speechless and inspire you at the same time. He successfully ran his company - Compulinx Managed Services - for more than 16 years and employed around 50 people. His success story is an inspiration and can be followed by any person who wants to be successful in his/her life.

Starting with his early stage of life, Terrence Chalk was employed by a subcontractor (Dayton T. Brown) in New York, however, due to his interest in technology and computers, he was also teaching PC repair in his part-time at SUNY Farmingdale - a state college of higher education. During this period, as reported, he was very friendly and always shared his knowledge with his students and co-workers. There are a few people who believe that if Chalk was not there to teach them, they would not have learned PC repair.

After these small jobs, Terrence Chalk was hired by a company where he was working as a middle manager and paid $92,000 per annum. However, he was not satisfied with his job and always wanted to be an entrepreneur. And then, finally, that day came when he quit his job and founded his own company called Computek in 1990. Since he was really interested in new technologies, he adopted the managed services model and became a member of Westchester County Business Council's Hall of Fame who was early adopters of this business model.

In 2004, Computek acquired Linx Logic and then it was renamed to Compulinx Managed Services. After acquiring Linx Logic, Compulinx developed its own software platform to host the networks of its customers. Soon, the company became popular with hundreds of local as well as foreign clients and started managing a massive IT infrastructure. Soon after developing their own software, the company revealed that they have more than 70TB of data being hosted on more than 300 servers.

Within the first 5 years of operation, the company established itself as one of the fast-growing companies in the United States and Terrence Chalk was nominated to the White Plains Youth Bureau. He was also named as businessperson of the year in February 2005 by Omega Psi Phi Fraternity's Westchester chapter. Apart from all this, Chalk also served on the boards of Palliative Care of Westchester, American Red Cross, and Hospice.
Coming to his personal life, he was born in Chalk family and had a twin brother named Todd Chalk who was a federal agent. Her mother, Naomi Chowk, is widowed and suffered from Senility and Dementia. Maintain a Distance from Business Hurdles with Terrence Chalk Services 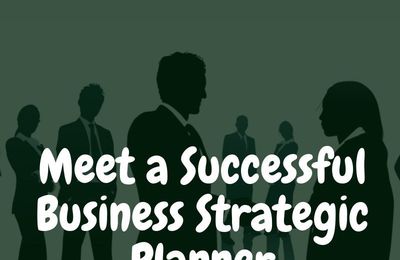